ShareSoc Member Barry Gamble has contributed this article. A version of this first appeared in Board Agenda magazine. 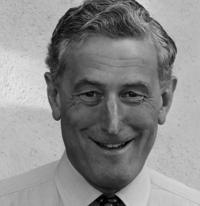 Although not exactly an everyday event, it is anything but rare these days for boards to find themselves under attack from activist shareholders.

Although not exactly an everyday event, it is anything but rare these days for boards to find themselves under attack from activist shareholders.

Following a period of corporate underperformance which becomes reflected in a weak or falling share price, shareholders may decide to act. They may progress from being merely actively engaged to direct activism and push a board to make radical change.

The activist might call for a change of strategy, the chief executive or other management. But if their initial approach is rebuffed by the board they might demand a change in one or more non-executives for failing to hold the executive to account. Be sure that if this were to happen at your board, a whole new layer would be added to the demands of the day job.

Activism is much less common with AIM companies despite their generally weaker corporate governance. Entrenched founder management and a less rigorous approach by boards to their governance responsibilities usually make these situations difficult for activists to tackle.

High share price volatility coupled with thin trading liquidity which make the shares hard to trade can be especially problematic for investors. This is not helped by the companies often being under-researched thereby failing to benefit from regular announcement-related returns seen with more widely followed companies.

This combination of factors adds up to anything but a well functioning market which, in theory, should be an attractive hunting ground for those able to capture the arbitrage benefit.

But with investors faced with such a litany of challenges, most boards of underperforming AIM companies have been left in peace by activists. Even where campaigns have been mounted they have usually been well away from the glare of publicity. Institutional shareholders which have a significant share allocation held since an AIM IPO have been reluctant to engage with boards; regular institutions taking on AIM company management is not seen to be a good look.

Anecdotally, the returns generated by the much more active engagement underpinning activism suggest good investment opportunities are being overlooked. The absence of a meaningful number of public campaigns has meant a lack of data to enable worthwhile conclusions to be drawn.

Behind the scenes some AIM institutional investors have been looking to monetise their losing positions by aggregating stakes through specialist activist fund managers. This has enabled these managers to develop positions of leverage and influence over management and boards.

In a soon-to-be published paper* two business school academics have been given exclusive access to data on such AIM company activism. Until now, studies of the impact of activism on investor returns have looked at self-selected portfolios. In the study on which this article is based the specialist active manager did not choose the shares. These were instead chosen by its investors with the “work-out” funds being formed by the stock swap of relatively illiquid and underperforming AIM holdings.

As such the returns measured in the study are more directly due to activism and have not been influenced by portfolio selection. The conclusions are surprising and offer important lessons for directors of AIM companies whose performance has become consistently out of line.

The best work-out returns applying these activism techniques were achieved where the activist expressed a view with which the chairman and chief executive disagreed; out and out confrontational. Working through such situations was clearly not for the faint hearted. It took persistence and time, sometimes as much as two years, but for the original investing situation such a patient approach was seen as far preferable to a forced sale by dumping shares in the market.

A sample of time-consuming confrontational engagements achieved highly material outperformance of almost 9% per annum above benchmark indices. This result confirms that the assertion of really active stewardship enhances returns for investors. Even after the conclusion of the activist campaign the sample shares continued to measurably outperform for up to a further two years.

The paper’s authors suggest that the AIM rules should be revised to encourage more activist campaigns so as to better protect the interests of minority shareholders. They also point out that the impact of careful stewardship and engagement with the portfolio companies is so marked that there could be real value to the AIM market in the monitoring and calling out of institutional shareholders which do not apply the Stewardship Code.

This paper may have important implications for the boards of underperforming AIM companies. For those directors prepared to look through the benefits of this more “hands on” investment approach there could be important clues to the actions needed, by the board, to improve performance and keep the activists at bay.

*This article is based on a soon to be published paper examining the nature of activist campaigns and the returns achieved by the specialist fund manager, Progressive Value Management Ltd, from its work-out of inherited AIM company portfolios from 2008–2015. The paper’s authors are Paolo Volpin, Dean of Bayes Business School, who has published widely on corporate governance topics for over 25 years, and Emmanuel Pezier, a research fellow, who had a 25-year career in investment banking before joining Bayes.

Barry is Chairman, The NED City Debates. As well as being a private investor, Barry is an experienced board director. He has led an AIM IPO, secondary fundraisings, including working with The Takeover Panel, and an AIM de-admission. Through a role as Senior Advisor at Boudicca Proxy he also has experience of  activists, institutions and corporate boards in shareholder engagement and activist scenarios.

Alongside board advisory and non-executive roles he regularly writes and speaks about the challenge of board best practice working with a range of organisations and media outlets. The letters columns of the Financial Times have published a number of his views on board best practice and corporate governance. He was Editor-at-Large at Board Room magazine.